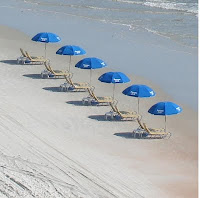 Strong women – an oxymoron? There have always been strong women around, but they weren’t given their due. Think suffragettes, pioneer women, and adventurers like the first woman to fly a plane. They did what they had to do, not what society decided they should do. Other women contented themselves, sometimes not so contentedly, with supporting the men they had married or partnered with, burying themselves in the drudgery of tending a house, preparing the meals, and even running their own businesses.

Pioneer women were a tough breed because they were determined to survive in a land that promised them more than their birth country. It took a while for the evidence to float to the top and illustrate that something wasn’t quite equal in the rights afforded women.

Intelligent men supported this change, men who weren’t threatened by intelligent women. But there were also those women who wanted their rights to voting, inheriting property, and managing their own affairs, who were suppressed by husbands who were threatened by a thinking mate.

Suffragettes took their punishments – being jailed, or worse – for their beliefs. The ones who were martyred in this cause for the rights of women became the reason for other females to support them, sometimes at the cost of their own marriages, and security. Women have died ‘little deaths’ over the decades so that those females that come after, have the respect that they are entitled to. These little deaths are the indignities, the estrangement of family, the banishment by imperialistic fathers who are embarrassed by their daughters, and the other scornful women who haven’t the education to see their own problem in a social sense. These are the western indignities, but women in other countries suffer even greater indignities at times.

Strong women, those with tenacious, confident attitudes and demeanours populated my early years and predominated throughout my childhood. Contrast that with some of the lackluster men who married these female bastions of the home. Both my own grandmothers ran their own businesses, and supported large families. One came from a liberal family of many daughters that supported women, the other became the head of the mainly masculine family by utter strength of will and character.

Early in my adulthood, while at university, I started to read Simone de Beauvoir and her books on women and how we should never forget ourselves for others. Women – especially those who are strong role models give young girls something concrete to strive for, if they haven’t already been subjugated to the current trend which encourages very young girls in their formative years to acquire the attributes of females much older in their dress and behaviour. There are far dire consequences to this trend – self esteem issues for those not measuring up to the ‘standard’ which can culminate in eating disorders, and bullying.

Why do so many women have depression? Lack of understanding by society in general, and lack of supportive mates, and trying to live up to ridiculous ‘superwoman’ ideals. If only more mothers educated their sons to respect females. Supportive mates are few and far between. Those who do see the reasons that women are a valuable part of society trump those who would keep their women ‘under their thumb’ every time.

Women should be proud of what they accomplish, and not compare themselves to the standards set by others – be they dominating men or foolish women who are complacent enough to stand in the shadow of their so-called protector. Women want to read books by other women who have done interesting things, women who are strong role models, women who have broken some of the old barriers of success, women who can still recognize an intelligent, reasoning, and supportive man.

In summary, the female of the species deserves to be given the opportunity and the respect that should be granted to every person. Each of us deserves to live our life to the fullest that we can manage, making our own choices, and reaching for success. There still is a lot of work to be done in both genders toward this end. Equality is a nebulous state, hard to define, and even harder to acquire. Think of those women in your life who have made you glad to have known them – what kind of women were they? We have much more freedom than before, but we’re not there yet. It is my hope that it doesn’t take another century to come to fruition.